One of the world’s largest airlines, serving over 1,000 airports.

The airline was using Tableau for fare price forecasting BI. Analysts that reside in multiple geo-locations were querying forecasting data for different airports, but query time was too slow to take relevant action on the data. In addition, the reports were not reflecting fresh constantly changing market data but rather showing statistics based on stale overnight batch output in the data store.

The airline implemented Smart Cache, allowing them to ingest 800 million forecast records into an in-memory data grid in less than 8 minutes. Price forecasting reports are now based on changing market conditions at much higher speeds, thus providing the most accurate pricing information. Analysts can slide and dice pricing data by flight and class in real-time.

Tableau reports are accelerated by 3X compared to those previously run directly from an RDBMS. 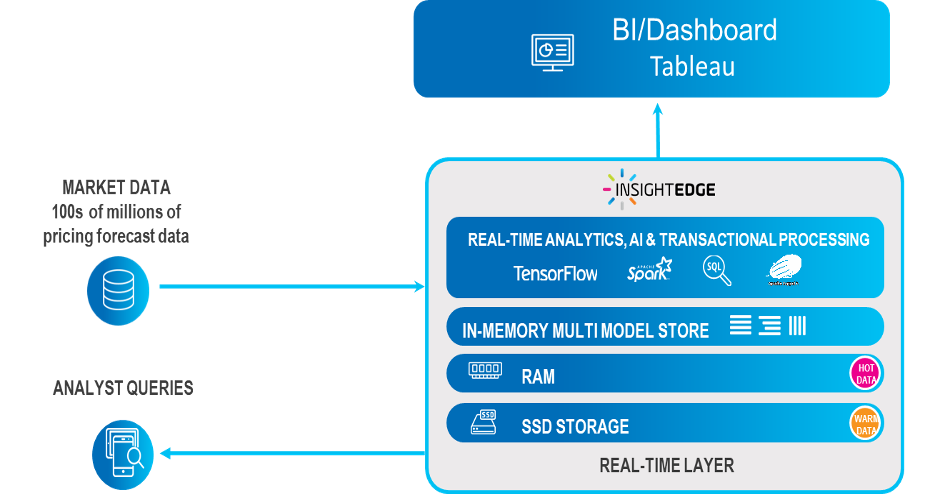