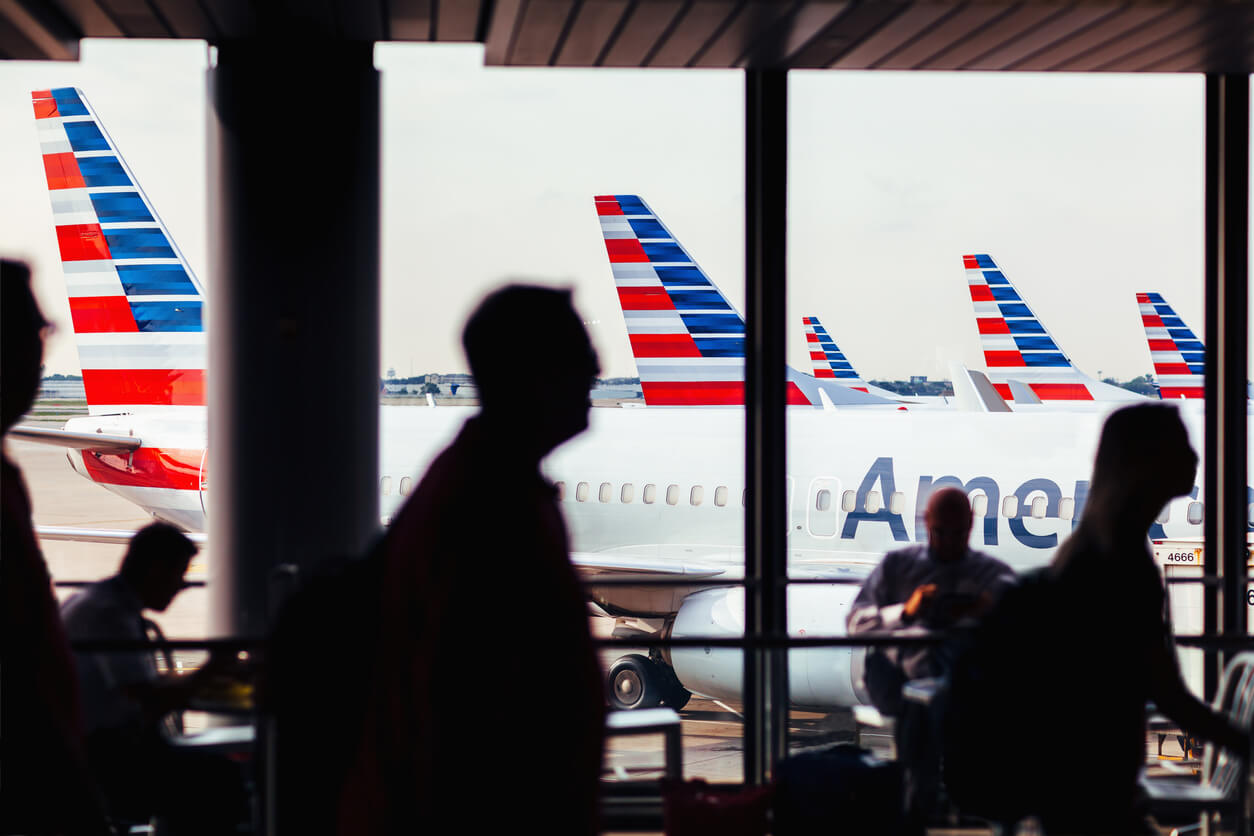 American Airlines’ mega-merger with US Airways created the largest airline company in the world. It also created an IT nightmare. The combined entity had to handle 92% higher passenger volumes, dozens of new airports, and tens of thousands of new crew members– all of this while relying on mainframe legacy infrastructure, not much younger than the 737 series.

A few months back, Bret Park,  IT Delivery Manager for American Airlines, presented how the airlines completed a sophisticated integration of mission-critical capabilities within Airline Operations. The transformation resulted in a GigaSpaces-backed, state-of the-art hybrid microservices network that meets AA’s high performance, analytics and reliability requirements.

He described how GigaSpaces is a key facet in the agile development and successful deployment of the many applications used at the airlines, such as dynamic pricing, passenger rebooking, and flight rescheduling. Bret then zoomed in on American Airlines’ dynamic crew management which power AA’s commitment to provide every citizen of the world with the best air travel service.

Here are a few key takeaways.

Big Data and the Art of Crew Maintenance

Following the merger with US Airways,  the combined company’s existing infrastructure could not meet American Airlines performance requirements.  This was especially (and legally) painful when it came to crew management. The life of a flight crew is extremely challenging, with many sleepless nights and persistent jetlag. To make it more manageable, airline unions contracted to allow crew members to trade flights with each other. To avoid confusion and unnecessary angst, the time for the airline to execute a trade request was set at 4 hours.

The only problem was the existing legacy architecture was not designed for and could not meet the 4-hour time frame set by the regulators. Just as importantly, the employees were frustrated with long and tedious service response time.  The system needed to collect the crew members’ requests and cross-check them against an on-premise database, then adjust for seniority, legal obligations and priority of preference. Then it had to optimize any requested trade against millions of other possible trades. The architectural complexity alone was staggering — none of the legacy servers was built to rapidly communicate with each other, yet all of them were asked to have millions of conversations a minute.

Each stage and the complexity of the queries created latency problems, resulting in a 9-hour process.

From 9 Hours to 3 – with InsightEdge Smart Cache

With GigaSpaces InsightEdge, the process was accelerated by 3-5X, reducing the dynamic crew management process from 9 hours to less than 3! 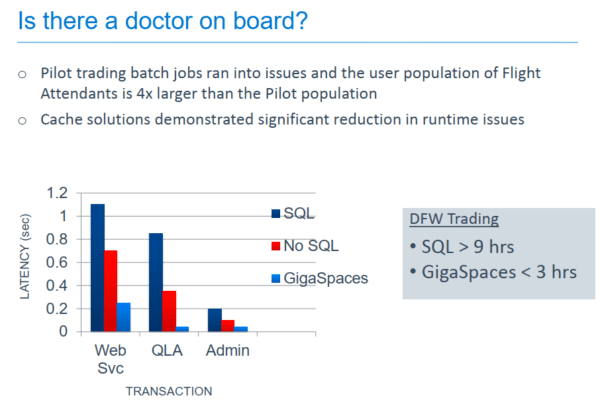 “For all very process-intensive calculations using terabytes of data, we are looking to work with Gigaspaces.”
– Brett Park, IT Delivery Manager, American Airlines

But it’s not just the superior software that made GigaSpaces such a valuable partner. It’s the high availability of the GigaSpaces team, their on-site support throughout the project. Like its peers, American Airlines is extremely risk averse — the stakes of the industry are simply too high to afford any long-term shutdowns due to software downtime.  American Airlines needed a technology partner whose solutions were enterprise grade – rock solid, and smoothly integrated with their existing platforms. They also required a customer-first service policy to ensure the smooth roll-out.

During the transformation, GigaSpaces helped train the American Airlines IT team on systems integration, made design suggestions, and consulted them on implementations. Then, when the system was ready to go live, GigaSpaces was there throughout a 2-week, 24-hour shift, 7 days a week process.  To everyone’s satisfaction, the system has had no downtime since it launched. 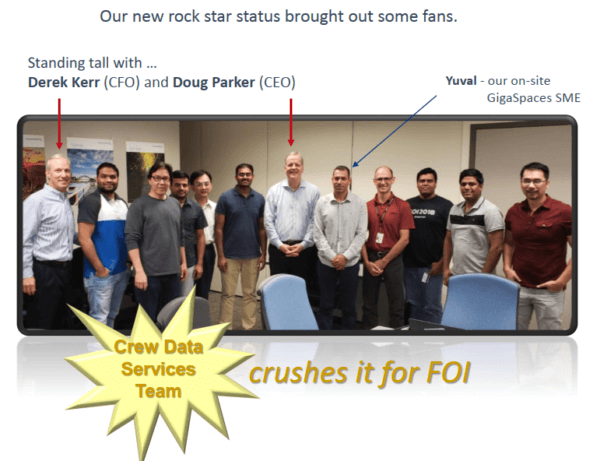 Fig 3: Beyond the technical complexities of the integration…American Airlines’ Crew Data Services Team got very popular for its innovative new approach.

Some of these include the route re-scheduling system, which accounts for day to day weather changes, travel restrictions and plane conditions, passenger re-booking and dynamic pricing activity which optimizes the airline’s competitive pricing offers.

GigaSpaces’ true cloud-native support is facilitating the transition to the cloud for many of the applications, deployed both on IBM BlueMix and on Microsoft Azure. Our Hybrid on-premise – cloud and multi-cloud support provides American Airlines with the flexibility they require for an easy, risk-free migration.

So, what does the future hold for the American Airlines GigaSpaces collaboration? Unsurprisingly, it’s the cloud.

For American Airlines, dynamic crew trades have been optimized, as we’ve seen. With GigaSpaces, the team can take the next step and enhance the service with real-time analysis of the crew’s preferences, based on fresh data.