Black Friday/Cyber Monday (BFCM) sales were bigger than ever in 2017, as sales for the holiday hit about $3.34 billion on Black Friday and even higher on Cyber Monday: $3.45 billion. That’s $6.79 billion in two days.
With such record-breaking online sales, it’s a real shame if your site is down.
Black Friday/Cyber Monday traffic taking down websites is a common problem for retailers as the holiday shopping season kicks off. Big retail companies like Macy’s and Lowe’s failed to heed the lessons of Black Fridays past and experienced major shopping jams, as their sites just couldn’t handle the heavy traffic. It’s happened before at Target, Victoria’s Secret’s, and Express Inc., costing them customer loyalty and a significant amount of revenue.

At least five retailers — Macy’s, Lowe’s, J. Crew, and U.K.-based retailers the Perfume Shop and Game — were affected by technical glitches on Black Friday that slowed purchasing activity and transaction processing on the busiest shopping day of the year.
Macy’s confirmed by Friday evening that earlier in the day credit card processing was slowed due to system “over-capacity” problems, an issue that affected stores in Chicago, Washington, D.C., San Diego and other markets, as well as the retailer’s website, according to ABC News and other media reports. This is the second straight year that Macy’s experienced a website crash, while Target suffered one in 2015 and numerous other retailers have had slower-than-usual processing times for online and mobile purchasing between Black Friday and Cyber Monday in recent years.
With mobile once again proving its importance, as mobile purchases surpass desktop throughout the entire weekend, it’s key to ensure a smooth customer experience at all times. Amazon shows that Thanksgiving mobile orders went up 50% from 2016 while Business Insider reports that “This was the first year that computers generated less than half of all online orders, comprising only 49% of online sales on Black Friday.” This is in line with BI Intelligence’s forecast— which expects eCommerce to grow at a 15.4% compound annual growth rate (CAGR) to hit $798 billion in 2021. No doubt that mobile is the future of eCommerce as we know it. 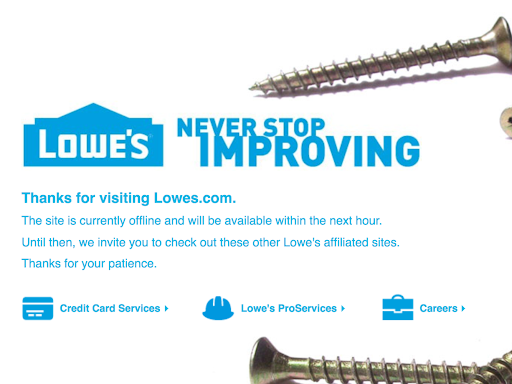 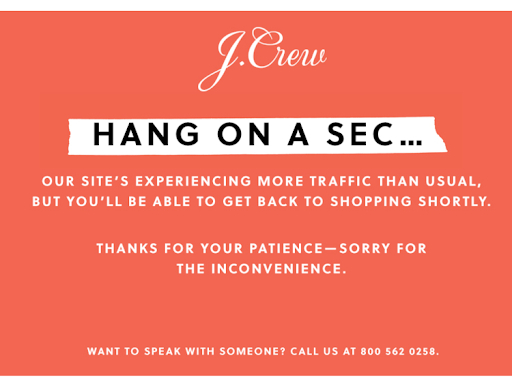 Why are major eCommerce sites crashing?

Many retailers say the technical glitches are due to capacity-related issues, something that could have been avoided with better planning — after all, what store chain isn’t expecting its system or network capacity to be pushed beyond usual limits this particular weekend of the year? Retailers must work hard to make sure this doesn’t happen again, as customers do not easily forgive: 68% of shoppers will leave the site and look elsewhere if they encounter basic functionality issues.
Website crashes and technical glitches can also lead to a decline in purchases and active trade, as Macy’s experienced back in 2016. According to Bloomberg report, Macy’s site couldn’t keep up with the heavy traffic flowing, leading to a reported decline of 1.71% during active trading on Friday. So not only were potential customers disappointed, causing them to leave the site or hit the refresh button over and over, but this downtime issue actually hurt the $13.52 billion retailer’s stocks.

How can retailers prevent crashes at high peak traffic? 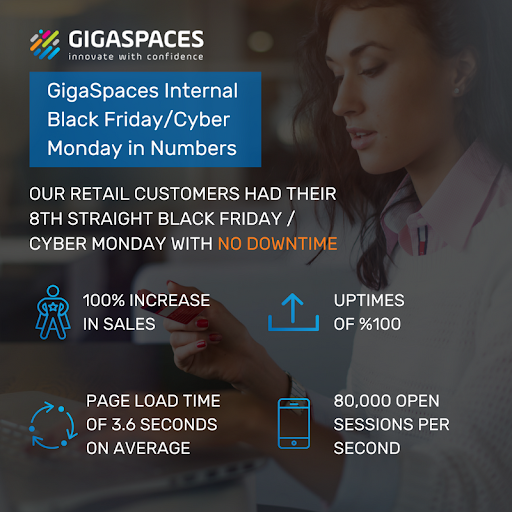 We sent our field engineer to work on-site with one of our top eCommerce customers. Here are some useful insights on how a preemptive support strategy and a short feedback loop works.
This retailer used our core engine XAP to provide access to its catalog, inventory data, and tax to achieve a zero-downtime holiday season for the third year in a row. As a result, this company delivered a fantastic customer experience with a page load time of 3.6 seconds on average, reaching 3.88 at its highest peak of holiday traffic, generating a 100 percent increase over 2016 holiday sales.
It’s notable to mention that this retailer did not experience any system performance issues.

Rather than reacting after a failure occurred – prevented failure in the first place.

Self-Healing Systems recover from a failure in real time

Peak load performance often tends to stretch any system behavior in areas that are least expected and thus are often hard to handle. Quite often, peak loads lead to unexpected downtime.
There are many cases in which this sort of peak load performance is known in advance, as is the case with Black Friday and Cyber Monday. Still, many eCommerce sites continue to experience downtime or slowness during such events that lead to huge loss of revenue and reputation.
For the past few years we, together with our customers, have taken a preemptive approach by putting an engineer on-site to escort the customer team during the event itself. This resulted in huge success, leading to 100% uptime. We learn so much from the experience; the customer learned even better how to operate our product and what to look for to ensure that the system is running properly. We learned much about how the customer is using our product and was able to shorten the feedback loop between the customer and our product and engineering team.
Plan ahead to break from Black Friday/Cyber Monday tradition and be free of major eCommerce website crashes or slowdowns in 2018.

Amazon Found Every 100ms of…